LeBron James has taken allot of flack since he decided to leave the Cleveland Cavaliers and move over to the Miami Heat. To be honest with you I don’t blame him. You only get a certain amount of years to make your mark in the NBA and for most people the only way to leave your mark is to win championships. For every legend with multiple championships like Magic, Bird and Jordan you have a championship-less players like Charles Barkley, Patrick Ewing and Karl Malone. So LeBron although young (25) is looking at the fact that he has been in the NBA for 7 years and yet to touch a trophy. I think it also stems form the Lakers. The Lakers have won back to back championships the team is relatively young and they are stacked. So he had to do something and frankly the talent in Cleveland was not going to get it done. So when i was thinking about that i came across this pic, it’s a thumbnail but click on it and take a closer look. It’s the 2008 USA Basketball Dream team in Beijing and as youc an see everyone in the picture is looking at the camera except one. Now it might just be me but doesn’t it look like LeBron is staring at Kobe? And not with a “Man I really like Kobe look” more like “Man I need to beat this guy and his team” look. Maybe my mind is playing tricks on me but I don’t fault LeBron one bit. 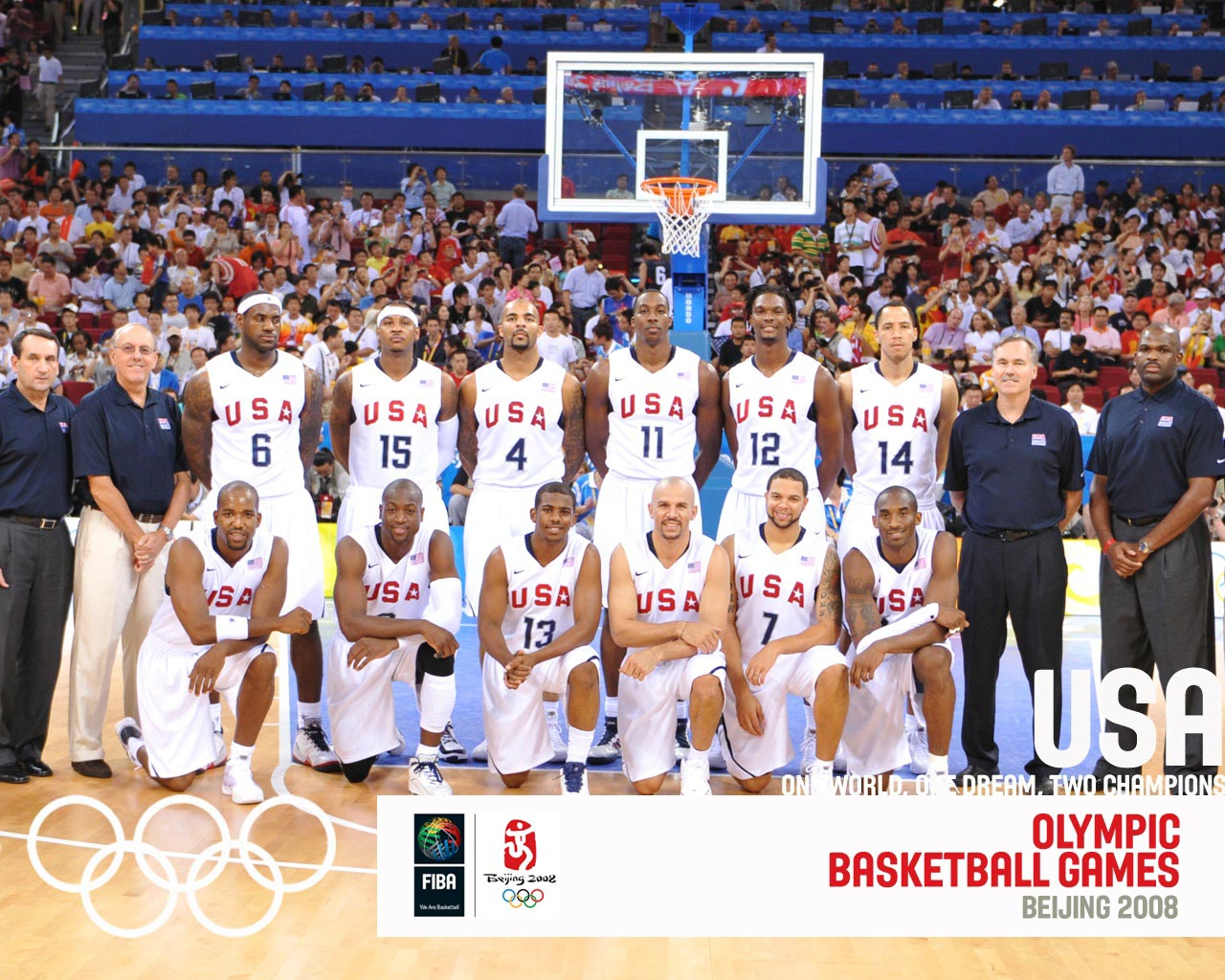