Rudy Giuliani press conference on Election fraud was out of this world! 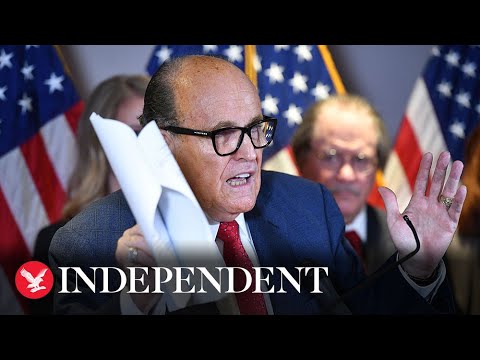 President Trump’s legal team hosted a bizarre press conference in Washington, D.C. with former Mayor of New York Rudy Giuliani, Trump legal team member Sidney Powell, and Trump campaign legal advisor Jenna Ellis. This had to be one of the weirdest things I have ever seen in my life. Scroll down and watch the whole […]

Recently a video of Mitt Romney at a political fundraiser speaking on the upcoming election was leaked. The video has caused an uproar in some and a faint wisp in others. The quote going around is There are 47 percent of the people who will vote for the president no matter what. All right, there […]

Obama The Choice is clear!

President Obama delivered his speech to the Democratic National Convention today. Here is the transcript of the speech and after my reasons why the choice is clear! OBAMA: Michelle, I love you. (APPLAUSE) OBAMA: A few night nights ago, everyone was reminded just what a lucky man I am. (APPLAUSE) Malia and Sasha, we are […]