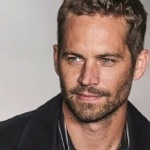 Walker, the son of Cheryl (née Crabtree), a fashion model, and Paul William Walker III, a sewer contractor and a fighter who was a two-time Golden Gloves champion, was born in Glendale, California. He was of Irish, English and German descent. His paternal grandfather was professional boxer “Irish Billy Walker”.One of his grandfathers raced factory cars for Ford in the 1960s. The oldest of five siblings, Walker was raised primarily in the Sunland community of Los Angeles and attended high school in the San Fernando Valley, graduating from Sun Valley’s Village Christian School in 1991.[10][11] He was raised as a member of the Church of Jesus Christ of Latter-day Saints. After high school, Walker attended several community colleges in Southern California, majoring in marine biology.